Srinath Perera: Srinath is the Director of Research at WSO2 Inc. He is a long-standing open source contributor. Srinath is a co-founder of Apache Axis2 (open source Web Service engine), a member of the Apache Software foundation. Srinath has been working with large-scale distributed systems and parallel computing for about 10 years and is a co-architect behind WSO2’s Complex Event Processing Engine. He received his Ph.D. from Indiana University, Bloomington, USA, in 2009.
Sriskandarajah Suhothayan: Suho is a Technical Lead at WSO2 Inc. He leads the WSO2 Complex Event Processor team and has been working with realtime event processing and parallel computing solutions, In addition to his product development efforts he has provided technology consulting on customer engagements. He holds a Bachelor of Science in Engineering from University of Moratuwa, Sri Lanka.

Recent trends of Big Data and the Internet of Things pose challenges to our current computational paradigms such as event processing systems. While three dimensions of Big Data are identified including Volume, Variety and Velocity, we think that more attention shall be given to the Variety aspect within distributed and event based systems, as it can have profound challenges to our computational systems. Event-based systems follow an interaction model based on three decoupling dimensions: space, time, and synchronization. However, event producers and consumers are tightly coupled by event semantics: types, attributes, and values. That limits scalability in large scale heterogeneous environments such as the Internet of Things (IoT) due to difficulties to establish semantic agreements on such scales. This tutorial studies this problem from various perspectives and investigates the suitability of semantic models such as vector space models for tackling the issue.

Souleiman Hasan: Souleiman Hasan is a PhD researcher at the Insight Centre for Data Analytics @ NUI Galway. His research tackles the problem of semantic coupling in event based systems and its effect on scalability in large scale heterogeneous environments such as the Internet of Things. He investigates the approach to the problem in the smart cities, power management, and water management domains and has worked in many research projects including DERI Energy, SENSE, and Waternomics. Souleiman had completed a Bachelor's degree in Information Technology Engineering, majoring in Software Engineering and Information Systems, at Damascus University, Syria. He has been a teacher assistant for several modules and coached the Damascus University team for the ACM Arab and North Africa Collegiate Programming Contest throughout 2007, 2008, and 2009.
Edward Curry: Edward is a Research Scientist at the Insight Centre for Data Analytics at NUI Galway. His research projects include studies of sustainable IT, energy intelligence, semantic information management, Event based systems, and collaborative data management. Edward has worked extensively with industry and government advising on the adoption patterns, practicalities, and benefits of new technologies. Edward has published over 90 scientific articles in journal, books, and international conferences. He has given invited talks at Berkeley, Stanford, and MIT. In 2010 he was a guest speaker at the MIT Sloan CIO Symposium to an audience of 600+ CIOs and senior IT executives. He currently participates in a project for the European Commission to define a research strategy for the Big Data economy within Europe. He has a PhD from the National University of Ireland, Galway (www.nuigalway.ie) and serves as an Adjunct Lecturer within the University.


Tutorial 3: When Artificial Intelligence meets the Internet of Things

The Internet of Things have been recognized as one of the recent trends. Currently we experience the early ays of IoT in the market, and we already see that it changes the world as we know it. On the other hand the last decade has known fast progress in the Artificial Intelligence area. This tutorial reports on current and predicted future blend of these two technologies that will enable sensor-based real-time intelligent systems.

Prof. Opher Etzion: Opher Etzion serves as Professor of IS, and head of the Technological Empowerment Institute in Yezreel Valley College. During the years 1997 - 2014 he served in various roles in IBM, most recently IBM Senior Technical Staff Member and chief scientist of event processing in IBM Haifa Research Lab. He has also been the chair of EPTS (Event Processing Technical Society). In parallel he serves as an adjunct professor at the Technion – Israel Institute of Technology, where over the years he supervised 6 PhD and 22 MSc theses. He has authored or co-authored more than 80 papers in refereed journals and conferences on topics related to: active databases, temporal databases, rule-base systems, event processing and autonomic computing, and gave several keynote addresses and tutorials. He is the co-author of Event Processing in Action (with Peter Niblett), a comprehensive technical book about event processing. Prior to joining IBM in 1997, he has been a faculty member and Founding Head of the Information Systems Engineering department at the Technion, and held professional and managerial positions in industry and in the Israel Air-Force. He is a senior member of ACM, and has been general chair and program chair of various conferences such as COOPIS 2000 and ACM DEBS 2011. He won several prestigious awards over the years, such as the Israel Air-Force commander award, the highest air-force award (1983), IBM Outstanding Innovation Award (twice – in 2002 and 2013), and IBM Corporate Award (the highest IBM award, in 2010) for the pioneering work on event processing. He was recognized as Distinguished Speaker by ACM.

* For all the dates, see here 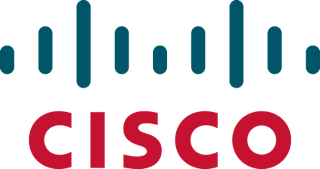